The creators of BackTrack have released a new, advanced penetration testing Linux distribution named Kali Linux. They decided that in order to move forward with the challenges of cyber security a new foundation was needed. It’s a culmination of years of refinement and the result of a continuous evolution of a platform – Let’s dig deeper into Kali Linux.

Working from the Knoppix Linux distribution (used for information security testing, called BackTrack) they “re-developed or re-wrote” it into what is now called Kali Linux. BackTracks had a focus on ‘Kernel Auditing Linux’, so KALi stuck.

This cybersecurity platform was born and released March 13th 2013 and surprisingly a TV show called Mr. Robot, played by Christian Slater who’s asked to join a group of hacktivists called “f society”. For 4 years/seasons it showcases this group’s aim to destroy all debt records by encrypting the financial data of the largest conglomerates in the world. Mr. Robot seeks to destroy by using several of the KALi Linux tools (John the Ripper, Metasploit Framework, nmap) and this, of course had a big influence with professional security engineers and analysts (giving the platform the needed “clout” in the industry). Soon KALi became the defacto hacktivist tool, also being free software, based on Debian and it’s FHS-Compliant file system made for an easy adoption.

Kali Linux is preinstalled with over 600 penetration-testing programs, including nmap (a port scanner), Wireshark (a packet analyzer), John the Ripper (a password cracker), Aircrack-ng (a software suite for penetration-testing wireless LANs), Burp suite and OWASP ZAP (both web application security scanners). Kali Linux can run natively when installed on a computer’s hard disk, can be booted from a live CD or live USB, or it can run within a virtual machine and/or container. I’s a supported platform of the Metasploit Project‘s Metasploit Framework, a tool for developing and executing security exploits. 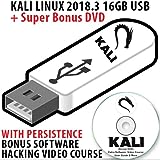 Kali Linux is distributed in 32-bit and 64-bit images for use on hosts based on the x86 instruction set, and as an image for the ARM architecture for use on the BeagleBoard computer and on Samsung’s ARM Chromebook.  Kali Linux is based on Debian Wheezy. Most packages Kali uses are imported from the Debian repositories.

Metasploit is a framework for developing exploits, shellcodes, fuzzing tool, payloads etc. And it has a very vast collection of exploits and exploitation tools bundled into this single framework. It is available for all major Operating Systems out there Windows, OS X, and Linux and comes pre-installed in Kali Linux. It is an offensive tool, so attacking your own or your company’s infrastructure to check for security loopholes and to fix them before an actual attacker can break in would be great, but I don’t recommend it WITHOUT permission.

There are several interfaces for Metasploit available. The most popular are maintained by Rapid7 and Strategic Cyber LLC.

Armitage is a graphical cyber attack management tool for the Metasploit Project that visualizes targets and recommends exploits. It is a free and open source network security tool notable for its contributions to red team collaboration allowing for shared sessions, data, and communication through a single Metasploit instance.

Cobalt Strike is a collection of threat emulation tools provided by Strategic Cyber LLC to work with the Metasploit Framework. Cobalt Strike includes all features of Armitage and adds post-exploitation tools, in addition to report generation features..

The MSFCONSOLE (lower case) is the primary metasploit interface. The basic commands are:

SEARCH – search for a specific module

USE – use a selected module

SESSION – manage sessions, including interacting with a session

Using Metasploit can be as simple as choosing, configuring and running and exploit

Choose and configure an exploit

Switch to a spawned session set up with the target system

Nmap is used to scan whole networks for open ports and for mapping networks and a lot more things. It is mainly used for scanning networks and discover the online PC’s and for security auditing. Most of the network admins use Nmap to discover online computer’s, open ports and manage services running. It uses raw IP packets in such a creative way to know what hosts are available on the network and what ports are open which services (applications name and version) are running on those systems.

It comes into version GUI and Command Line. Zenmap is the GUI version what I recommend is that first learn the command line and then move on to the GUI if you feel confident.

Armitage organizes Metasploit’s capabilities around the hacking process. There are features for discovery, access, post-exploitation, and maneuver.

And if you are working in a team then it can be a real help to share information with your team:

Jhon The Ripper is a very popular tool for password cracking it is also known as JTR and also it has the coolest name of all the tools. Mostly it’s simply referred to as ‘Jhon’ and is the most commonly used tool for password cracking and performing dictionary attacks. Jhon The Ripper takes text files, referred as a ‘wordlists’, which contains the list of commonly used passwords or real passwords cracked before, and it encrypts the password in the wordlist in the same way as the password which is being cracked. And then compare the output string with the encrypted string of the provided password.

This tool can be used to perform different types of dictionary attacks. If you are confused between Jhon The Ripper and THC Hydra then the most simple way to explain it is that THC Hydra is used to crack a password for online services and Jhon The Ripper is used for offline password cracking.

Wireshark is an open source tool for network analysis and profiling network traffic and packets and this kind of tool is referred to as Network Sniffers.

Note: If you are really interested in Network administration and penetration testing then knowing how to use Wireshark is a required skill. There are a lot of resources available online from where you can learn about using Wireshark in depth.

THC Hydra is another tool for password cracking. As stated above, Jhon is swimming in Hydra. THC Hydra is another really popular password cracking tool for hacking Network Logins. It uses both Brute Force attack as well as dictionary attacks at the login page. And it supports the wide range of network protocols like SSH, Mail (POP3, IMAP, etc.), Database, SMB, VNC, LDAP, SMB, and a whole lot of other protocols.

Burp Suite is a web application penetration testers dream tool and the most powerful tool out there on the internet and it can be used to cover everything in-depth, more than you ever wanted. So I will be my best to thoroughly explain all the details as there are a lot of things to cover. Here is a quick list of Burp Suite components:

Intercepting Proxy – This part of Burp lets to inspect and modify all the requests and responses that your browser make to the target application.

Spider – It is a very handy tool for listing out all the directories and files on the server and its functionality.

Web Scanner* – The important part as it detects list of vulnerabilities present in the site.

Intruder – This is used to create and perform customized attacks to find and exploit unexpected errors.

Sequencer – To test the randomness of the tokens (csrf , authenticity_token etc )

Masscan has been around for some time now and already it’s in use by pentesters all around. It’s a reconnaissance tool which can transmit up to 10 million packets per second. It uses asynchronous transmission & a custom TCP/IP stack. So different threads are used for transmission of packets.

It is the best tool to enumerate and find open ports on a large number of hosts on the network or the internet very quickly. Another use of Masscan can be in stress testing due to its high transmission rate.

In summary, Kali Linux is the world’s most powerful and popular penetration testing platform, used by security professionals in a wide range of specializations, including penetration testing, forensics, reverse engineering, and vulnerability assessment. It is the culmination of years of refinement and the result of a continuous evolution of the platform, from WHoppiX to WHAX, to BackTrack, and now to a complete penetration testing framework leveraging many features of Debian GNU/Linux and the vibrant open source support community worldwide.